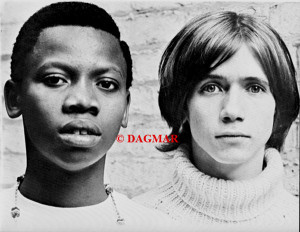 Ronnie Dyson and Walter Michael Harris sang the duet “What A Piece of Work Is Man” in the original Broadway cast.  Photo by Dagmar.